The NASA Valkyrie is one of the most advanced humanoid robots in the world. The robot was constructed by NASA-JSC in 2015 and delivered to the University of Edinburgh in Spring 2016. Weighing 125 kg and standing 1.8m tall, Valkyrie will enable breakthroughs in humanoid control, motion planning and perception. PhD Students and researchers from Edinburgh Centre for Robotics will carry out research using the robot.

Our group is part of the School of Informatics and the centre is a joint initiative with Heriot-Watt University.

10 fully funded Ph.D. studentships are available as part of the Edinburgh Centre for Robotics, in partnership with Heriot-Watt University.
Please contact us if you are interested in applying.

Our team with Valkyrie 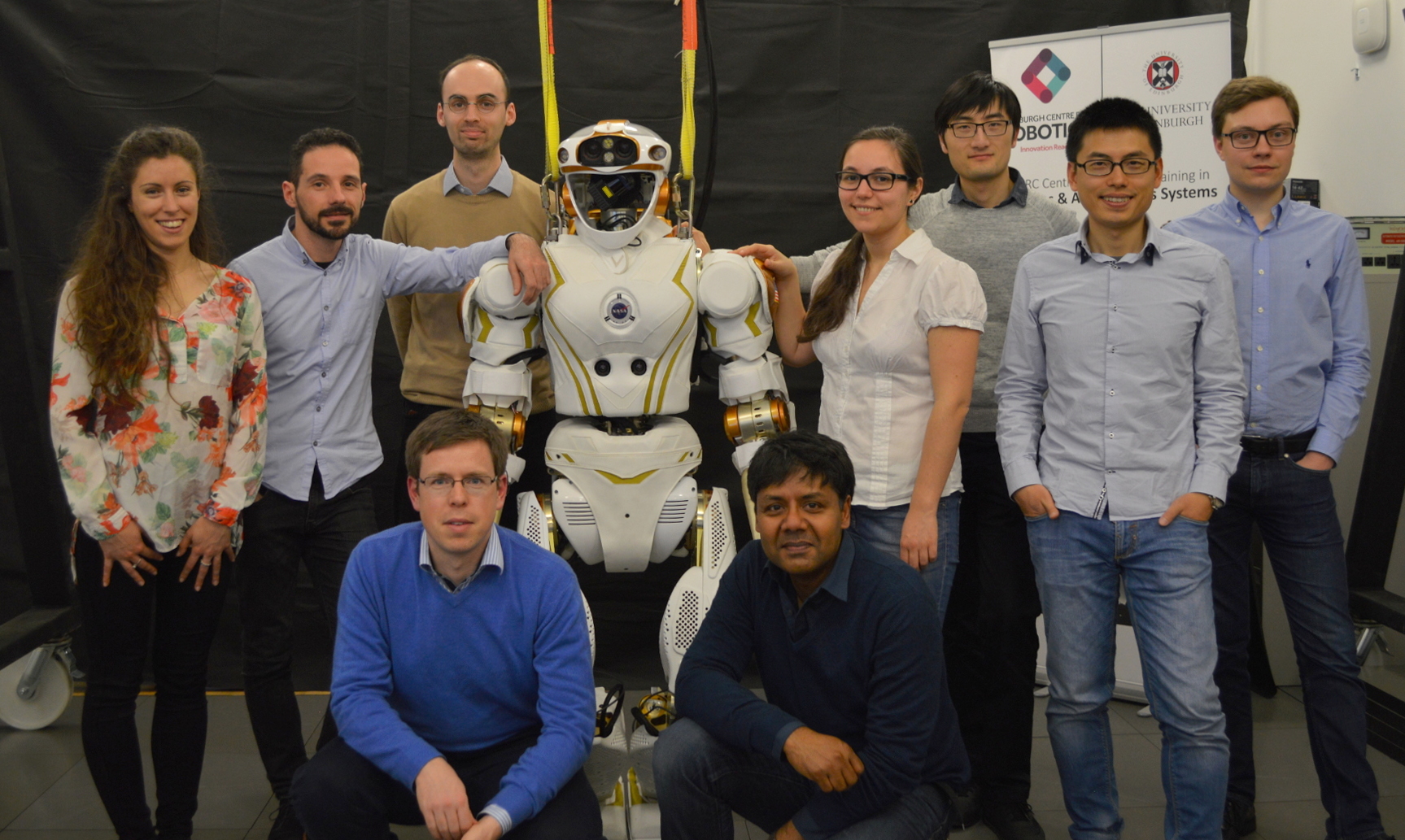 University of Edinburgh | Some design by FreeCSSTemplates.org.